Timber Window Seal Issues You Should Know Before Double Glazing

The key to getting your double glazing to last for decades, especially when converting old heritage windows, is getting the timber window seals right.

When the right sealing isn’t used, the craftsmanship isn’t sound or the correct glazing techniques aren’t used - you may be in for a very problematic surprise with your double glazing.

Seemingly small issues can lead to rotten wooden frames or a broken seal, which means your windows will probably need to be replaced.

You could end up having to pay money to replace the insulating glass units, or IGUs, because the window seals for your wooden windows weren’t properly installed in the first place.

To get the most out of your wooden or heritage window double glazing, make sure you work with a company that knows how to best preserve the sealing.

Whether you are having your heritage windows retrofitted with double glazed units or you are dealing with problems with your casement or double hung window seals, the more you know about sealing heritage windows, the more likely you’ll know what to expect from your window company and how to end up with a product that will last for a century more.


Here’s a look at the problems with timber window seals and what needs to happen to ensure your seals stand the test of time.

Problem One – The Wrong Silicone to Seal up Old Windows

A lot of double glazed window seals are made from a rubber that isn’t truly compatible with the nature of insulating glass units – Santoprene. This is an industry-wide dilemma because window companies have been putting in double glazing in homes all over Australia and New Zealand with Santoprene for years, essentially putting windows at risk of failure without realising it.

This happens because a double glazing unit is reactive to what comes into contact with it. Santoprene isn’t compatible with IGUs, and so can cause slow, gradual deterioration of the unit.

Thermawood was the first company in New Zealand to move away from this standard double glazing window seal rubber. Instead of putting your windows at risk by sealing all the way around with this material, Thermawood franchisees use specially made silicone blocks.

These blocks are designed specifically to work with insulated glass units. The seals are machined directly into the windows yielding...

Water is the number one enemy of your beautiful heritage windows.

If you start to notice fog building up along the glass, this means water isn’t properly draining.

If water and dirt pool up around your sealing or if the seal becomes saturated with water vapour, the moisture picks contaminates out of the silicone. Then, the saturated water vapour becomes increasingly concentrated and eats the seal of the double glazing. 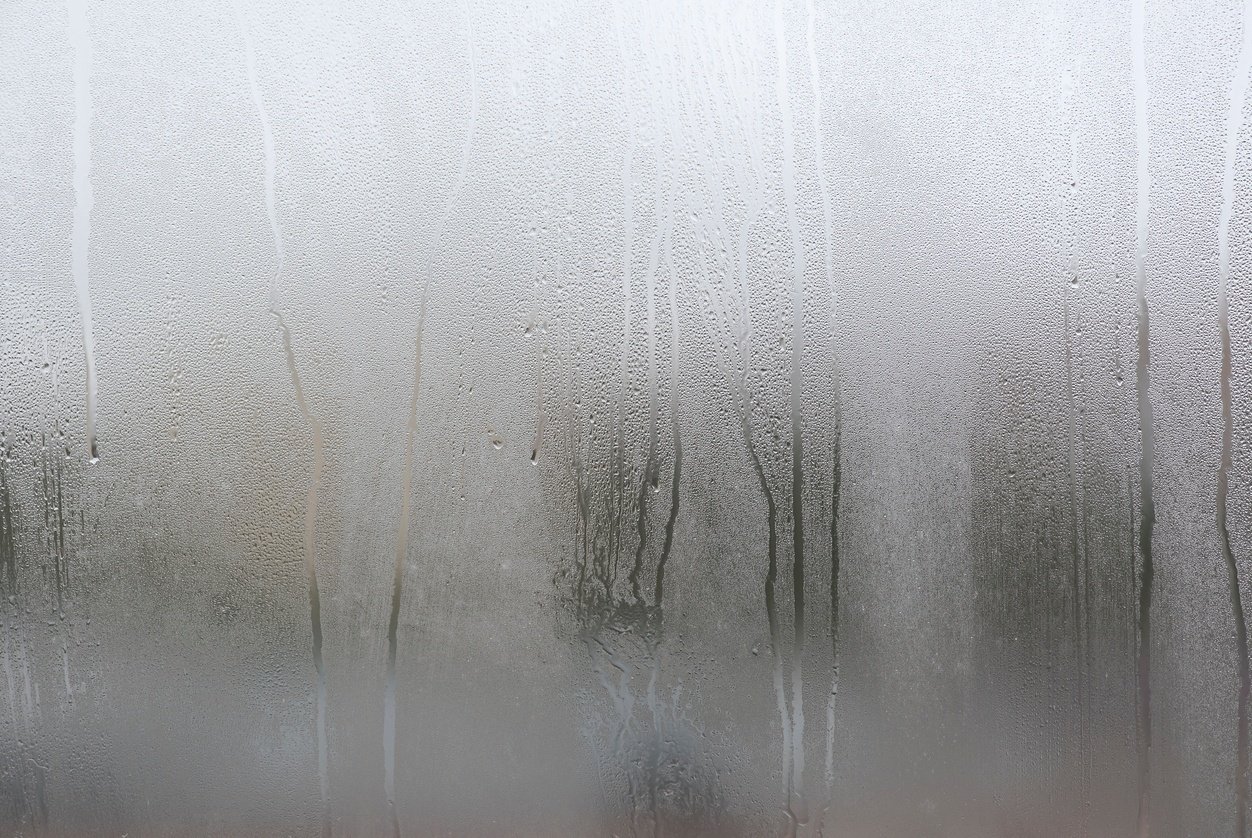 The issue is that many window companies install double glazing by putting an IGU into a square rebate that’s been cut, and then they fill up the space around the glass with silicone. That silicone is then a sitting duck for moisture, especially when the double glazing itself isn’t designed to promote drainage.

When your heritage windows are retrofitted, they are cut using special tooling to encourage the maximum amount of drainage and evaporation possible. This minimises the risk of rotting joinery, foggy windows, mould growth – and broken window seals.

Another threat to your window seals, and your double glazing longevity, is the way you clean your windows. Some cleaning products contain chemicals that can weaken the seal.

Combine this with other problems, like no drainage, and it’s only a matter of time before the seal of the IGU fails and condensation starts to form on the surface of the glass inside the unit. You can talk to your window manufacturer or supplier about what cleaning products are safe to use on your windows.

When you look at what an insulated glass unit is – two glass panels separated by a small pocket of gas or air – you can see why it’s so important to have your windows properly sealed and installed by skilled hands.

That air or gas in between the glass panels is eventually going to start to escape. This won’t happen for many years but the poorer the installation, the earlier it’s likely to occur.

When this air or gas starts to diminish, it creates a negative pressure and leads to an increase in thermal transfer. This can make any moisture problems worse if you don’t have a built-in drainage system like Thermawood’s. More warmth on one side of the glass means more water vapour can accumulate on the glass surface, which will eventually lead to failure of the IGU.

Generally, IGUs have a 10-year warranty. So, if the seal breaks within this time, the manufacturer will (or should) replace the double glazing for free. However, this standard is far from what modern window technology is capable of.

Your double glazed windows should easily last for decades.

At Thermawood, our intention is to upgrade your heritage windows, giving them the performance of 21st century windows whilst still retaining their original character so they can last another century. 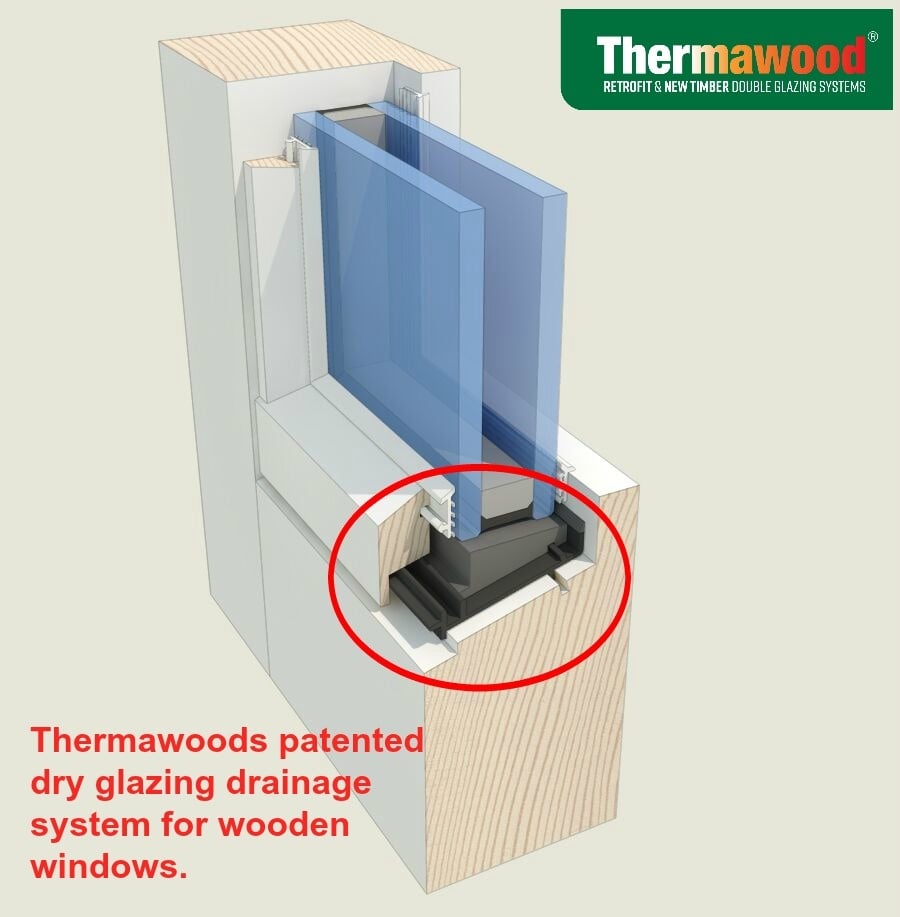 Sealing is the most common reason that IGUs fail and double glazing needs to be replaced. Instead of settling for inevitable problems, the Thermawood Retrofit Double Glazing system was designed to make sure wooden window seals can last.

By using silicone blocks instead you’re less likely to have to deal with a broken seal.

The patented dry glazing system Thermawood franchisees use prevents moisture from damaging the double glazing seal as well as the timber frame or sashes.

After all, what’s the point of upgrading your heritage windows if you may have to deal with more replacements in the near future?

The whole idea behind having high performance windows is to enhance the value of your heritage home and the quality of your life as the homeowner.

With Thermawood, we don’t just install double glazing. We use a special process that will help insulate your home against drafts, overheating and noise pollution, but we also work to maintain the original look and function of your heritage windows, and to preserve the aesthetic and superior function for decades beyond what you’d experience with other solutions. 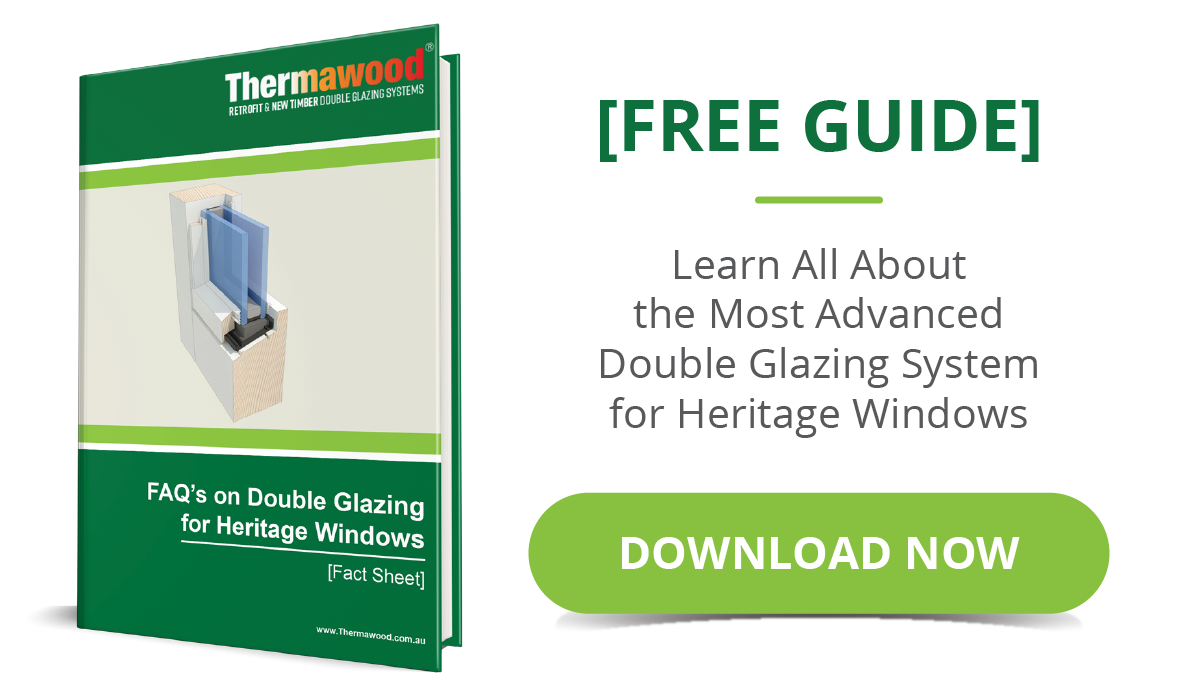